“The time to buy is when there’s blood in the streets.” – Nathan Mayer Rothschild

In medieval Europe, citizens stored their weapons in a wooden box in their home to be made ready at a moment’s notice. They swore an oath to take up arms whenever the king called upon them in times of need.

And what about the kings? They too had “war chests” full of gold, silver, jewels and other valuables to be used in times of great difficulty or for raising an army to defend the land.

These containers were a part of the wealth of the citizens, lords and kings. Kings kept some of their treasury separate from the wealth needed to run the kingdom. It was set aside for war.

The valuables in these war chests would be spent during a crisis such as fending off barbarians at the outer borders or taking advantage of an apparent weakness in a neighboring kingdom.

Nearly 600 years later and the idea of a war chest is still used to describe the money set aside for times of crisis, battle or opportunity. Businesses use the phrase to describe money they have to acquire other businesses, run aggressive marketing campaigns to seize market share, or to bring products to market to fend off some startup that’s shown-up in their market.

And in times of war, these same people will be at a distinct advantage. Let me cite an example:

In the Great Recession of 2008-2009, assets such as stocks were selling for bargain-basement prices. As fears of a global economic meltdown were being played-out in the news every day, frightened investors were looking to cash-out. And cash-out they did. There was ‘blood in the streets” as they say, from all the selling that was occurring. Yet, just a few years later and the market has more than made-up for what it lost and then some.

To the smart investor, equipped with a war chest, 2008-09 was a perfect time to buy. In the depths of the recession, you could buy blue-chip company stocks for less than half of their real value. In other words, you could buy dollar bills for a quarter. Who wouldn’t want to do that?

But the only way you get to do that is to do this – prepare. And by prepare I mean contributing to an investment war chest years in advance of the “battle”.

Just to be clear, a war chest is not an emergency fund. You need that too, but think of a war chest as funds specifically set aside for investment purposes only.

I like the term war chest. Hopefully, you are well aware that you are at war with the enemy of finances – debt is the enemy, savings our friend, investing our weapon. This means you should look to create a war chest with enough funds to be readily prepared to strike when a great investment or opportunity to financially benefit arises.

And that day will come. With the market at an all-time high, it doesn’t seem like it right now, but it will. If history has proven one thing, then it’s almost certain that we will have several market corrections over the course of the next 15-20 years.

At that moment you would like to have a substantial amount of cash. Thousands of freedom fighters that will go to war for you and prevail. They say that cash is king. That’s only partially true. I always say that “cash, at the right time, is king”.

How much should be saved in your war chest?

The amount you wish to save in your war chest is completely up to you but my advice is to make it as big as possible. It is wise to note however that the sole purpose of saving money into a war chest is to have enough liquid funds to withdraw should a beneficial opportunity arise to invest or start a business.

Set a personal goal for your war chest and start building it. Is it $50,000, $100,000 or a million? Set a nice round figure that would be very helpful if you need to take advantage of an opportunity in the future. I am thinking ventures like starting your own business, buying an investment that is under-priced and things of that nature. Remember, this isn’t just a savings account. This is a weapon you are going to use to make you wealthier.

And what about the money just sitting there until the opportunity arises? I know several people who struggle with the idea that their money would practically be doing “nothing”. It drives them crazy. Well, in the investment world, you don’t dig your well when you are thirsty. You dig your well long before you need it. Just to put things into perspective, Berkshire Hathaway, the company run by Warren Buffett, has a war chest of cash over $25 billion essentially doing nothing but earning a small amount of interest. If the greatest investor in the world thinks it’s a great idea to park money on the side to take advantage of opportunities, shouldn’t you consider it?

The big question I have for you is this; are you ready to start a war chest? If not, what opportunities are you going to miss out on by not having money set aside? 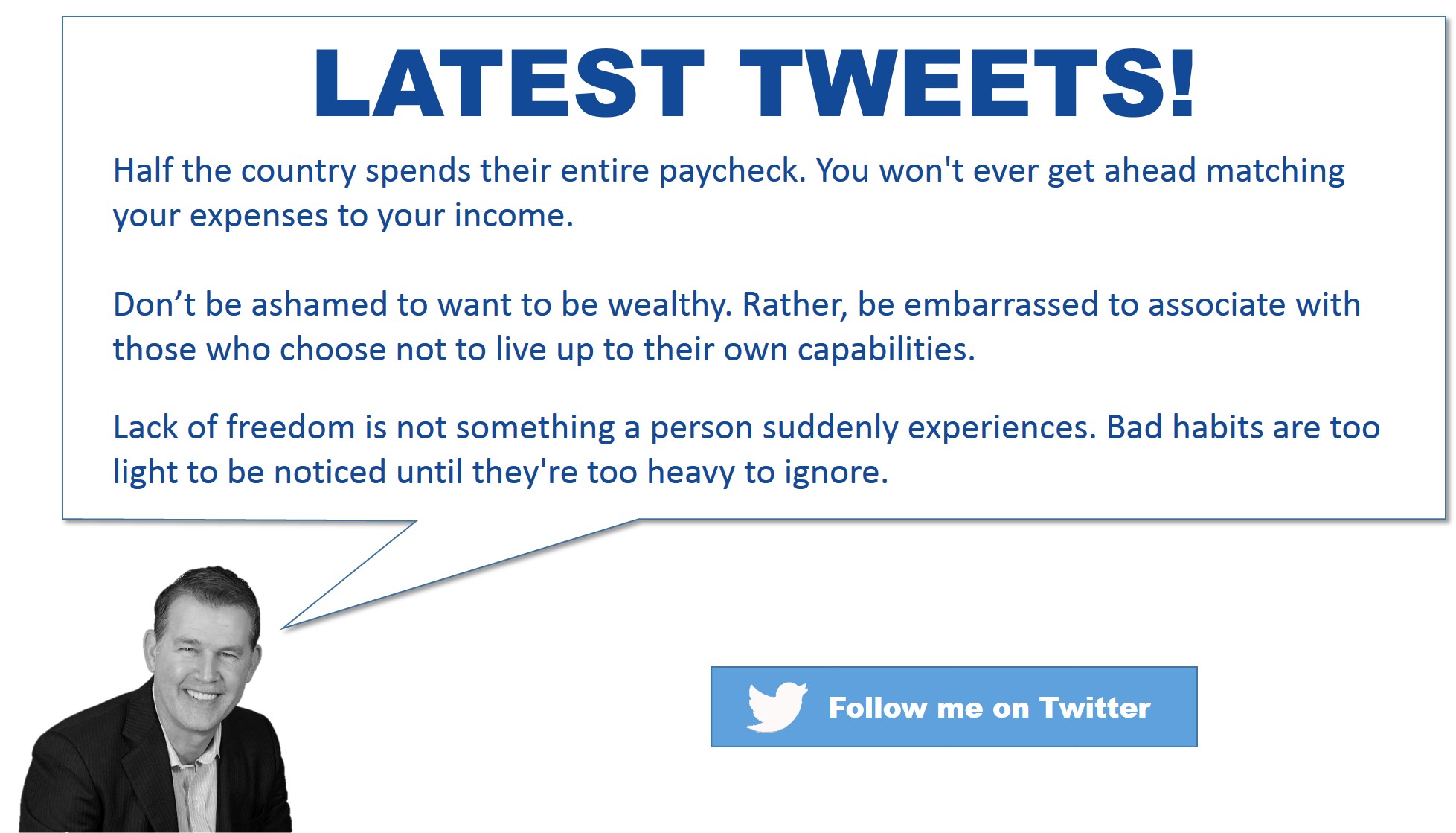