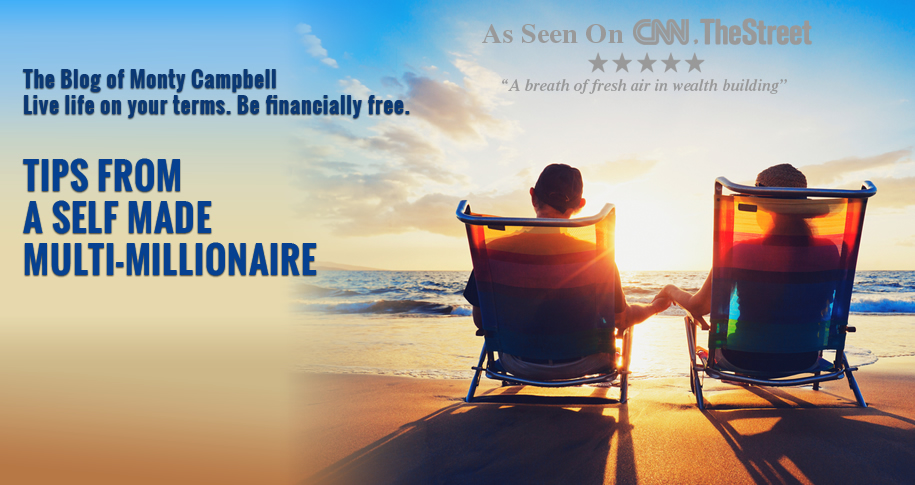 The principles that build wealth haven’t really changed much for centuries. With so many people looking for secrets, the real secret to building wealth is that there are no secrets. It’s really about using common knowledge that has stood the test of time. Below are 47 timeless wealth building maxims, containing much of the wisdom […]

One of the most difficult things to deal with in life is regret. In fact, regret is the most frequently mentioned emotion, right after love. There’s the normal type of regret. Maybe you said something or did something and in hindsight you wish you would have done things differently. I think most everyone has this […]

You’re ready. It’s a new year and it’s time to get serious about wealth. On your short list of goals is to finally break the million dollar mark! Forget all the non-sense about the winning the lottery as your way to wealth. Here’s a quick infographic describing what it really takes to make your very […]

I love creative fiction. And there’s no shortage of fiction out there about what it takes to be successful. So many untruths… So many misconceptions… So many myths… …about what’s required to live the good life. In reality, it only takes four simple things: clarity, confidence, courage and commitment. Those four ingredients make all the […]

At a very young age I decided I wanted to be financially free. It was an ambitious goal for a poor kid from the country. But I knew I had to get out of the cycle of poverty around me… and the way to do that was to save money and to grow it by […]

Owning your own home has been called the American Dream, but for some it’s turned into the American Nightmare. It’s very common for people to think of their home as a piggy bank. As a result, many Americans leverage themselves to the hilt with an “asset” that drains them dry financially. How dry? According to […]

I recently reconnected with a good friend from my youth. A high school buddy whom I’ve haven’t spoken with in over 25 years reached out over social media and we spent a couple of hours on the phone reminiscing about the “good old times”. I laughed so much my sides hurt. We talked about everything […]

“I find television very educating. Every time somebody turns on the set, I go into the other room and read a book.” ― Groucho Marx What if I told you there was a simple, almost guaranteed way to become a millionaire? No, it isn’t a product for sale on a late night infomercial. Or a […]